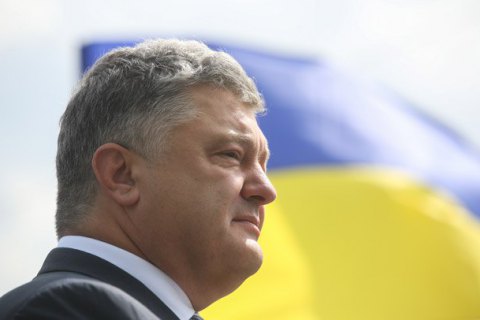 Ukraine has decided to expel 13 Russian diplomats in solidarity with Great Britain where a chemical weapon was used in an attempted murder.

"In response to the cynical chemical attack in Salisbury, Ukraine, acting in solidarity with our British partners and trans-Atlantic allies and in coordination with EU member states, has decided to expel from Ukrainian territory 13 Russian diplomats out of the few remaining ones. Because, as you may know, our diplomatic relations with the Russian Federation have been de facto frozen," President Petro Poroshenko said.

Russia has not had an ambassador to Ukraine since 23 February 2014. In the summer of 2014, Russia wanted to appoint Mikhail Babich to the post but Kyiv rejected his nomination.

Poroshenko said that the Salisbury incident was yet another proof of Russia's neglect for the preciousness of human lives as well as the sovereignty of independent states.

"Ukraine experiences this every day in occupied Crimea and Donbas. Therefore it is more important than ever to act beyond symbolic gestures. The next step is to increase the price Moscow must pay for international crimes it committed, including by strengthening individual, financial and economic sanctions," he said.

In his opinion, any joint response to Russian actions in the future must be resolute and tough to prevent new human tragedies and ensure respect for international law.

On 14 March, Great Britain announced it was expelling 23 Russian diplomats in connection with the poisoning of former Russian intelligence officer Sergei Skripal and daughter Yulia with a nerve agent in Salisbury. A number of countries, including the USA, France and Germany, also expelled some Russian diplomats on 26 March.