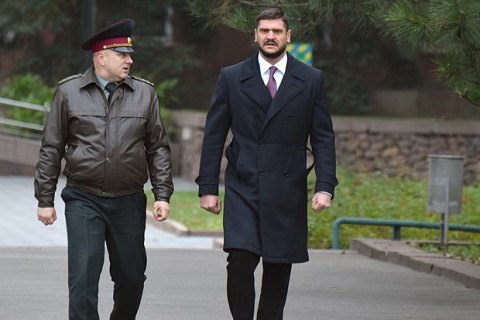 Law enforcers have interviewed the head of the Mykolayiv regional state administration, Oleksiy Savchenko, and one of his deputies (probably Valentyn Haydarzhy) in the investigation into the death of the hero pilot and acting director of the local airport, Vladyslav Voloshyn.

The head of the regional police, Yuriy Moroz, said this at a briefing, according to the local news website Nikvesti.

The deputy director of the airport was also interviewed.

"The administration head gave testimony in which he said that he had only working relations with Voloshyn, there were no threats or coercion to a compulsory signing of documents," Moroz said.

He also said that "there were no reports on repairs at the airport building". Quoting Voloshyn's widow, Moroz said that in early March, Savchenko promised Voloshyn that the airport is certified, he would "help him in getting an apartment", which made Voloshyn happy.

Thus, he said that he sees no reason to believe that Voloshyn committed suicide under pressure.

"I am currently studying the files of the criminal case, I do not see any grounds to say that Vlad committed this tragic act under pressure. But I want to say again that we have not discarded this version, we are checking it further," Moroz said.

The acting director of the Mykolayiv regional airport, 29-year-old Vladyslav Voloshyn, committed suicide on 18 March. He was in the same flat as his family.

There were allegations that he could have committed suicide due to a dubious tender concerning the airport. His communication with an unknown person in late February 2018 was leaked online. In particular, he shared the copies of instructions from Mykolayiv regional governor Savchenko and the audit report for repairs at the airport. Voloshyn complained about Savchenko and said that he was considering suicide. He also allegedly said that he wanted to resign but the governor had his contract extended.