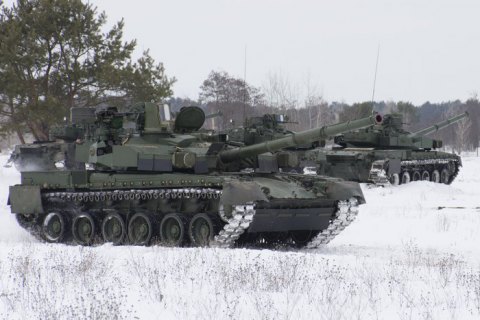 The Ukrainian state-owned arms concern Ukroboronprom has announced the completion of the contract for the supply of the main battle tanks Oplot-T to Thailand.

The last batch was tested in the customer's presence and will soon be shipped to Thailand, according to the concern's website. The tanks were manufactured at the Kharkiv-based Malyshev plant.

Now that the Thai contract is completed, Ukroboronprom will begin to make tanks for the Ukrainian Armed Forces. The tank will be slightly modernized taking into account the experience of the use of military equipment in the antiterrorist operation zone. In particular, advanced digital equipment – the aiming system and the fire control system – will be added.

Under the 240m-dollar contract signed in 2011, Ukraine was to supply Thailand with 49 tanks.

The BM Oplot tank designed by the Morozov design bureau on the request of the Defence Ministry was commissioned in May 2009. The same year, the Ukrainian Defence Ministry ordered 10 Oplot-M tanks. However, only two tanks were delivered to the troops, and the contract was thwarted due to the lack of funding in subsequent years.

Ten Oplot tanks are to be delivered to the army in 2018.