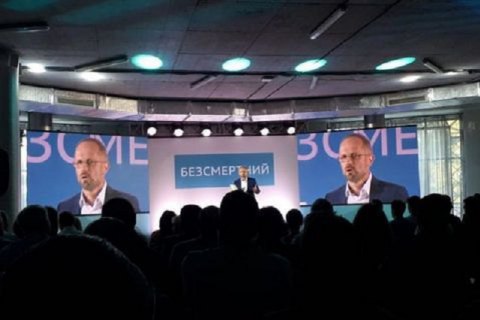 A Ukrainian politician, historian, public activist and diplomat, Roman Bezsmertnyy, has said he is going to run for president.

"Indeed, I'm going to run for president," he told journalists at a meeting called "How we want to see Ukraine".

"The time will come and I will register all the documents to run," he said.

He said he had significant professional experience and shared his view on modern challenges.

According to Bezsmertnyy, it makes sense to implement radical changes in four areas: to amend the structure and functions of parliament, to establish a single executive centre, to create local self-government (which must guarantee social stability) and to establish a fair judiciary.

"There is nothing to reform and repair. In most cases, institutions must be built from scratch," he said.

While his HQ is being formed, he named Serhiy Dorofeyev and Oleh Protsenko among his allies.

Asked about his sources of financing, he said that he received regular offers of support but these investors did not want publicity.

Bezsmertnyy was a member of parliament of several convocations. From 1997 to 2002, he was President Leonid Kuchma's representative in parliament. In February 2005, he was appointed the deputy prime minister for administrative and territorial reform but left the post with a bang as soon as in July. He then focused on the development of the Our Ukraine party.

He was the deputy head of the presidential secretariat (2007-2008). During the first year of Viktor Yanukovych's presidency, he was Ukraine's ambassador to Belarus.