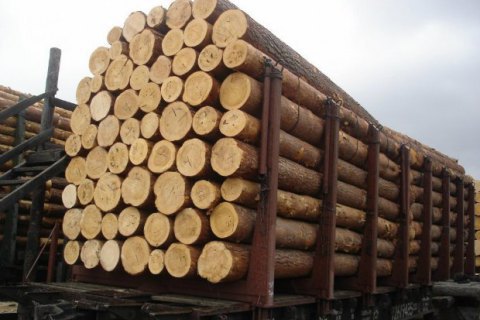 President Petro Poroshenko has vetoed bill No 5495, which would limit the annual rough timber logging to 25m cu.m. during the moratorium on rough wood exports and introduce criminal punishment for wood smuggling.

The bill was expected to come into force on 1 January 2019.

The presidential administration told Ukrainian News that Poroshenko fully supports parliament's efforts to fight wood smuggling but considers that the bill should not be signed into law in its current wording.

"The president of Ukraine fully supports stronger criminal punishment for wood smuggling. However, he does not support lobbying schemes which were added to the bill between the first and second readings, in particular the clauses which contradict the EU-Ukraine agreement on free trade. Ukrainian President Petro Poroshenko will signed the bill after parliament amends it accordingly," it said.