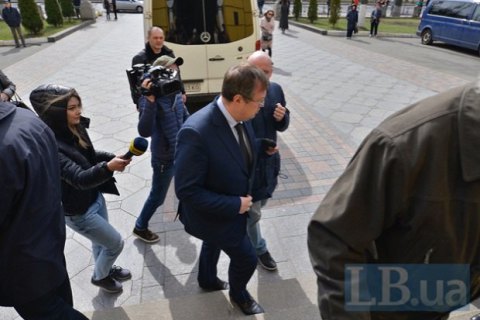 "Last week the indictment was sent to the Shevchenkivskyy district court again. The court scheduled a preliminary hearing for 3 August. The charges have not been changed," UNN quoted the press secretary of the prosecutor's office, Nadiya Maksymets, as saying.

She added that some technical drawbacks were removed from the indictment, as ordered by the court.

On 13 June, the Shevchenkivskyy district court sent the indictment against Yaroslav Tarasenko and Oleksandr Los back to the prosecutor's office.

Voronenkov was shot dead by a killer in Kyiv on 23 March 2017. The investigation into his case was completed last May. The mastermind and five accomplices were declared suspects in the case.

According to the Prosecutor-General's Office of Ukraine, Voronenkov's murder was organized by the Russian Federal Security Service (FSB) with the help of Bashkir crime boss Vladimir Tyurin.