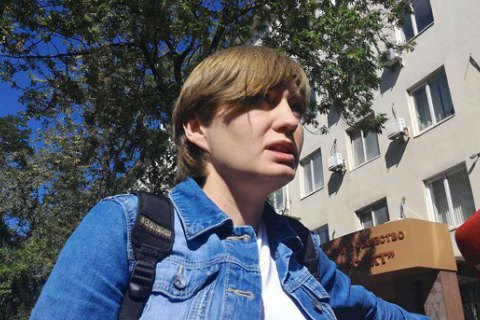 Natalya Kaplan, the cousin of Ukrainian film director Oleh Sentsov convicted in Russia on made-up terrorism charges, has denied ever saying about his "pre-death state".

"I never said anything about Oleh's pre-death state. They either misunderstood something again or went for embellishments. Panic-mongers, go to sleep already, there will be no funeral, this is not going to happen," she said on Facebook.

Three days ago, The Independent reported, quoting Kaplan, that Sentsov, on hunger strike for the last 68 days, is "on the edge of life and death".

Last week lawyer Dmitriy Dinze met Sentsov for the first time in two months on 19 July. Sentsov asked him to curb any rumours about his force-feeding or death.

They met tete-a-tete with no penal colony staff present. According to Dinze, Sentsov is not going to stop his hunger strike "until the victorious end".

Sentsov went on hunger strike to demand the release of all Ukrainian political prisoners in Russia, occupied Crimea and Donbas.