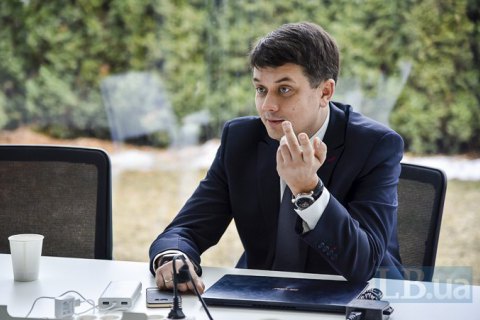 There is "no possibility" to stop the war in eastern Ukraine and Russian aggression, the speaker for presidential election winner Volodymyr Zelenskyy's HQ, Dmytro Razumkov, has told ICTV.

He said that the Minsk agreements "do not work in many aspects" but "they cannot be abandoned because all the key sanctions are tied to them".

"In fact, this is indeed the most difficult issue because, to a large extent, there are two wars in the country: one in the east and the Ukrainian army is coping there, and the second one within the country, this is the war against corruption," he said.

Asked whether there are specific mechanisms to end the war, he said that it would be a "long process".

"Unfortunately, no-one can stop the war tomorrow. It was impossible and one should not have promised this," he said.

During the election debate at the Olympic Stadium on 19 April, Zelenskyy accused Poroshenko of failing to stop Russia's war against Ukraine.

During the election campaign, Zelenskyy said that in order to stop the war in Donbas, it is necessary to "just stop shooting".