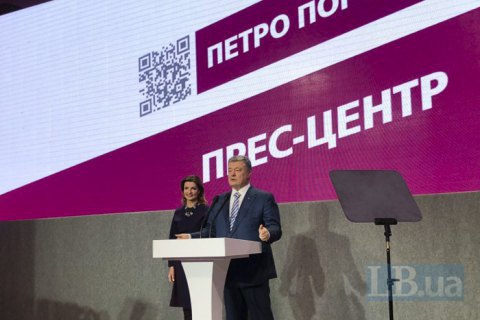 President Petro Poroshenko has announced going into opposition to Volodymyr Zelenskyy, who won the presidential election in Ukraine, according to exit polls.

“The new president will have a strong opposition, a very strong one. But the country, our best Ukraine in the world will only benefit from it,” the head of state said in a speech to supporters after the results of the exit polls were announced.

Poroshenko added that this does not mean that he will impede the work for the benefit of Ukraine.

“I want to emphasise so that no-one had any doubt I and my entire team are ready to give the president a hand in all his decisions that will meet the national interests of Ukraine and bring us closer to the European Union and NATO,” he said.

Poroshenko added that he was ready to spend all his time between the announcement of election results and the inauguration of Zelenskyy to help his successor get up to date in the smallest details.

Less than 30% of voters supported Poroshenko in the runoff while more than 70% voted for his opponent Zelenskyy.