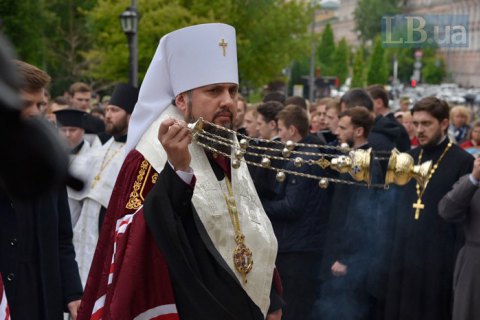 Metropolitan of Kyiv and all Ukraine Epifaniy has denied the existence of a split in the Orthodox Church of Ukraine.

"There has been no split in the Orthodox Church of Ukraine and there will be none. Every hierarch has certain thoughts but we should be building the future of the single Ukrainian Orthodox Church together," he said in Mariupol, as quoted by the church's press service.

Commenting on the recent public statements made by Patriarch Filaret, who headed the Ukrainian Orthodox Church of the Kyiv Patriarchate, which blended into the newly-established Orthodox Church of Ukraine, Epifaniy said that the patriarch is deeply respected, however it is difficult to agree with some of his remarks.

"We believe that we will further mover forward and develop our Church, move towards our recognition by other local churches. We are facing many tasks which the Church is called to implement," he said.