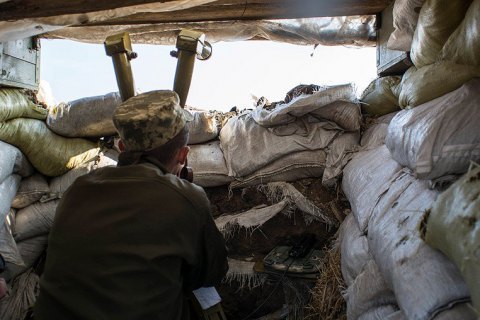 One Ukrainian serviceman was killed and two wounded today after pro-Russian militants carried out five attacks in Donbas, the press centre of the Joint Forces Operation HQ has said on Facebook.

During the day, militants used heavy weapons banned by the Minsk agreements such as 82-mm and 120-mm mortars, 122-mm artillery systems. They also fired with grenade launchers of various systems, heavy machine guns and small arms.

The Joint Forces gave an adequate response to the enemy provocations.