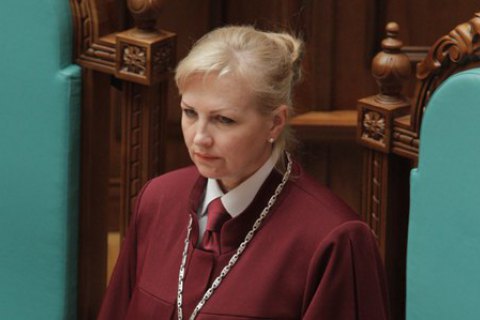 Judges of the Constitutional Court of Ukraine have elected Natalya Shaptala as their new head, the Interfax-Ukraine news agency has reported.

Shaptala was born in Donetsk in 1959. She graduated from the Altay State University in Russia. She worked as a legal adviser and an aide to prosecutor in Donetsk.

She has been a judge in Donetsk since 2006. Four years later, she was elected a judge of the Constitutional Court.

She was on the board of judges who on 30 September 2010 reinstated the 1996 wording of the condition, which allowed then President Viktor Yanukovych to usurp power.

A criminal case was opened over the matter.

Earlier on 14 May, the Constitutional Court dismissed its head Stanislav Shevchuk. He is suspected of systemic abuse of law and discipline. He is also believed to be behind the cancellation of the Criminal Code article on enrichment.