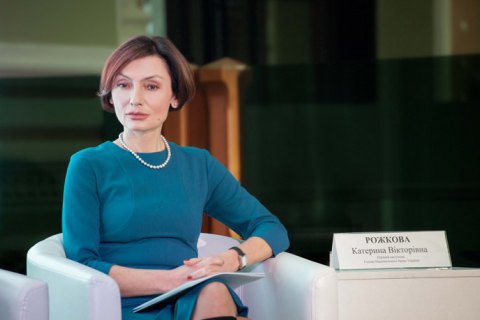 The National Bank of Ukraine (NBU) would push to nationalise Privatbank a second time if a court ruled to annul a 2016 decision to take Ukraine's largest lender into state ownership, the first deputy governor of the NBU, Kateryna Rozhkova, has told Reuters.

Rozhkova said reversing the nationalisation would reverse the mechanism by which the state handed the bank 155bn hryvnyas ($5.88bn) to rescue it from insolvency.

"Then the bank will be left without capital. We, as a regulator of the financial sector, will make a decision in accordance with the law: Article 56 of the law tells us that we must declare such a bank insolvent," she said in an interview.

This would mean either liquidating the bank or taking it back into state ownership, she said, adding that returning it to state hands would be preferable given its role in the economy.

Privatbank is Ukraine’s biggest lender and has the most depositors, about 20 million by Rozhkova’s estimate, in a nation of 42 million.

Rozhkova said the PrivatBank issue would likely top the agenda when an International Monetary Fund mission visits Kiev next week. Ukraine hopes to secure IMF aid worth $1.3 billion after the visit.

The authorities have been locked in a protracted battle with the former main owner of PrivatBank, Ihor Kolomoyskyy, one of Ukraine’s richest men, who says his bank was nationalised without justification. He has challenged the decision in court.

A Kiev court ruled in favour of Kolomoyskyy in April by declaring that the nationalisation process had been illegal. The central bank is appealing the decision in a higher court.