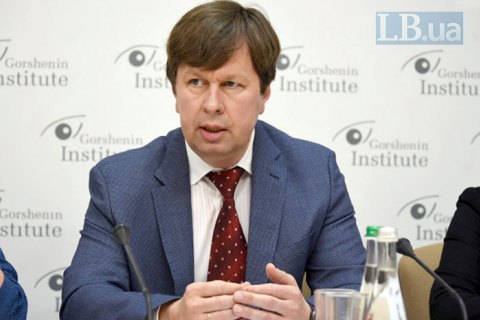 Digital literacy, programming basic and ICT skills are the key competences necessary for children to ensure future successful employment and competitiveness in the job market, regardless of the chosen profession. In addition, the introduction of early programming in schools as a mandatory subject can produce not only programmers or highly specialized ICT specialists, but also to form a qualitatively new generation of comprehensively developed progressive specialists in each field of activity.

The president of the EVEREST group of companies, Yuriy Chubatyuk , said this at a roundtable on early programming in school, which was hosted and organised by Gorshenin Institute on 16 May.

"Today we are not saying that something should be imposed on children for the sake of some global benefits. We are talking about a subject in which children, in fact, are already actually involved from an early age thanks to the fact that they live in a world of innovation and modern gadgets. They are ready for this. We only need to create conditions in which they can build their knowledge and skills in a systematic way, as part of schooling, as many countries of the world do," Chubatyuk said.

According to Chubatyuk, 15 EU member states have already added early programming to their curricula and another seven are at the integration stage. In addition, this subject is mandatory for study, starting from elementary school, in the USA, Canada, Australia, China, Japan, South Korea, Singapore, India and Israel.

"It goes to show not only the trend but the fact that the world understands the value of prospects which learning this subject from an early age opens to both children and the state. In fact, we are talking about improving the quality of all human capital, and this is one of the basic factors of economic growth and the well-being of society," the expert said.

Chubatyuk stressed that programming is not just about how to sit at a computer and write code. These are ready-made, huge clusters of knowledge that, using an interactive approach, motivate children to develop their best qualities and form the potential of unique and useful abilities and skills.

The expert suggested that early programming in Ukrainian schools should be introduced as a separate subject or embedded into the existing IT subject since its content does not meet either the current trends or demands of the job market, the wishes of parents, or the interests and needs of children as such.

"According to reports by leading international analytical agencies, in five to 10 years, the job market will not be able to fill even half of the vacancies that require at least basic programming skills and ICT experience. Ukraine, in particular, should think about how to solve this problem today," he added.