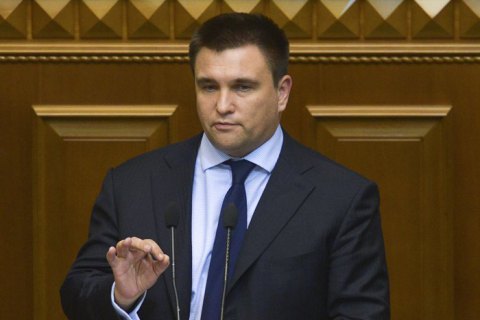 Foreign Minister Pavlo Klimkin has tendered his resignation. He announced this in a video post on Facebook.

"I think this is a right thing to do in human terms, in terms of normal political culture because, after all, we need it. I have informed the newly-appointed president of Ukraine accordingly," he said.

He said he would run for parliament.

He said he would send his resignation letter to parliament and President-elect Volodymyr Zelensky when he takes office on 20 May.