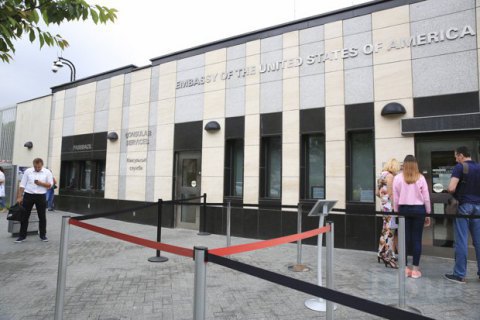 Two candidates are being considered for the post of US ambassador to Ukraine, Ukrainian Foreign Minister Pavlo Klimkin has said in an extensive exclusive interview with LB.ua.

"I know about a short-list which currently has two people," he said.

At the same time, he did not rule out that the list may be extended.

"We will accept anyone who gets the support of the US president and the Senate," he added.

He also recalled that the future ambassador will have to secure the Senate's approval.

"The hearings will be quite difficult. And as we approach the really hot phase of the election, these hearings may become even more interesting," he explained.

The minister warned against exaggerating the role of the ambassador. "We have successful contacts with the US embassy in Kyiv, but main things get discussed directly with Washington. Therefore, the embassy is not an element of establishing contacts with the United States - we switched to direct contacts a long time ago and we like that," Klimkin said.

"Although I agree that there are people in Ukraine for whom the embassy is a significant subject," he added.

It was reported on 6 May that US Ambassador Marie Yovanovitch would complete her mission in Ukraine on 20 May.

On 25 March, Donald Trump Jr., the son of the US president, called for Yovanovitch's dismissal after her critical remarks about the Trump administration.