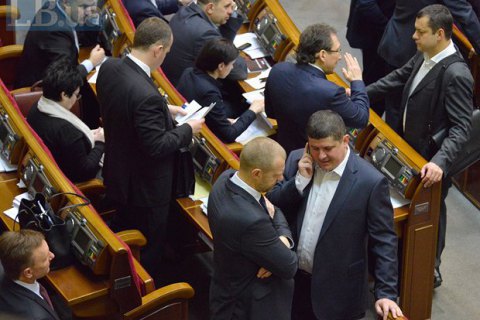 The European Ukraine parliamentary coalition formed in 2014 has ceased to exist after one of its members, the People's Front faction, quit it on 17 May, speaker Andriy Parubiy has announced.

He said it was "sad news" and urged representatives of the parliamentary factions to start negotiations on forming a new coalition.

MPs will now have one month to form a coalition.

The European Ukraine coalition was initially formed by the factions of the Petro Poroshenko Bloc, the People's Faction, Fatherland, Self-Reliance and the Radical Party. The latter three left it in 2015-2016.