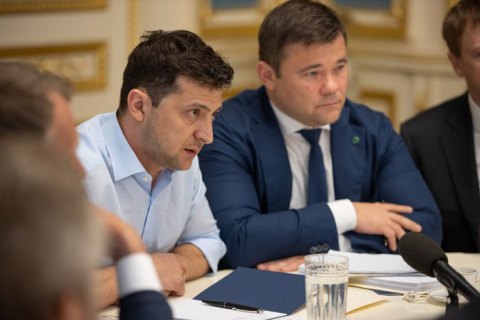 On 24 May, the administrative court of appeal of the Supreme Court received two appeals against the appointment of Andriy Bohdan as head of President Volodymyr Zelenskyy's administration.

The court's press service said that one of them was filed by Public Vetting Committee NGO and another one by an individual.

The court has five days to decide on procedural actions.

Bohdan was the government representative in charge of anticorruption policy from 25 October 2010 to 22 February 2014 under President Viktor Yanukovych. He resigned voluntarily.

The post of the presidential administration head is subject to vetting under the law on the purging of authorities.

Bohdan insists that he is not a public servant.