President Volodymyr Zelenskyy has made his first working visit to Luhansk Region where he inspected the army's positions in Stanytsya Luhanska and Shchastya, according to his press service. 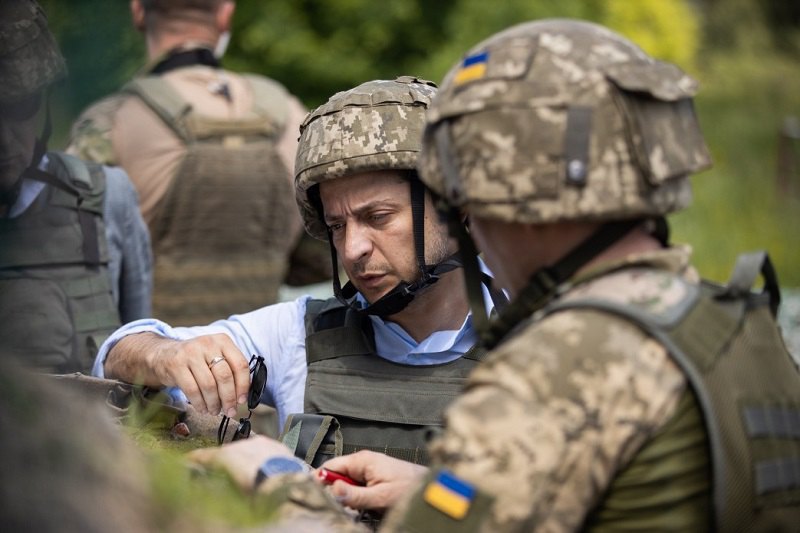 "The head of state talked with servicemen about their living conditions, quality of food, provision with hardware, housing and social package, as well as the manning of units. In Stanytsya Luhanska, the president visited the front line, including an observation post and dugouts. The enemy's closest position is 400 m away," the report reads. 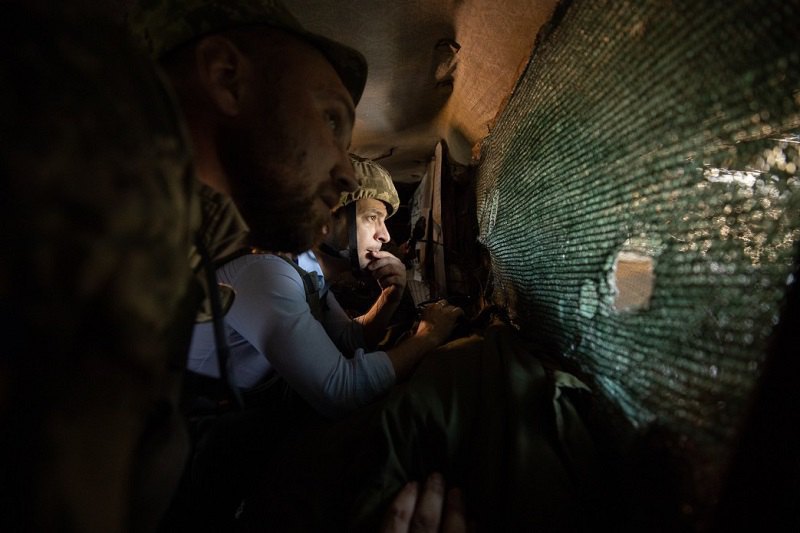 Having checked servicemen's living conditions, Zelenskyy suggested they should be improved.

"There must be adequate conditions for servicemen defending Ukraine," he said. 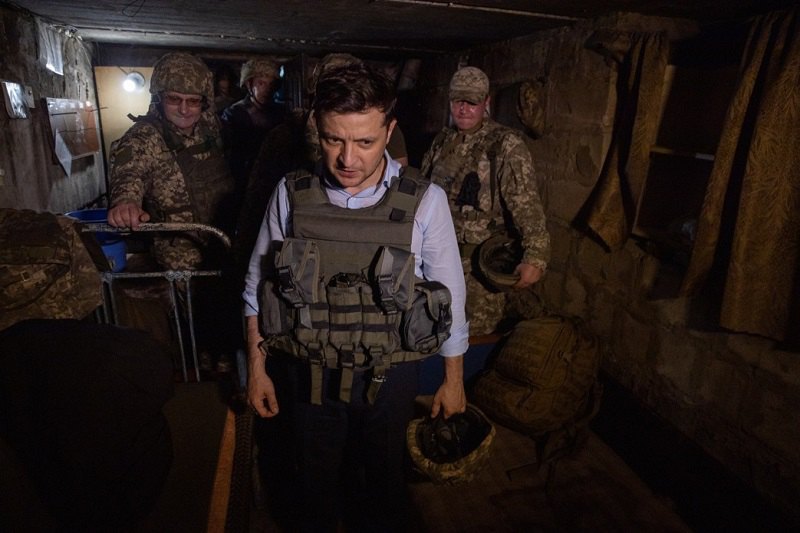 The commander of the Joint Forces Operation, Lt-Gen Oleksandr Sirskyy, briefed the president on the situation in the area. The head of the Armed Forces' General Staff, Lt-Gen Ruslan Khomchak, also attended the meeting.