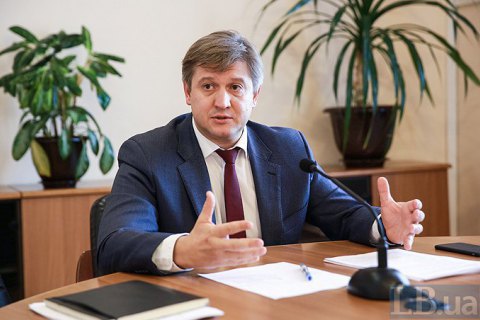 "We believe that the Defence Ministry – and the corresponding bill is already in operation in Ukraine today – the NSDC should be headed by not by professional military, there should be managers enjoying sufficient trust of Western partners, with the level of knowledge of the army’s material support and the implementation of top-quality changes with regard to technical, arms support of our army," Andriy Bohdan, head of the presidential administration, said.

Danylyuk was finance minister in 2016-2018 and quit due to disagreements with Prime Minister Volodymyr Groysman over the State Fiscal Service. Before his resignation, Danyluk accused the government of corruption and mutual cover-up.