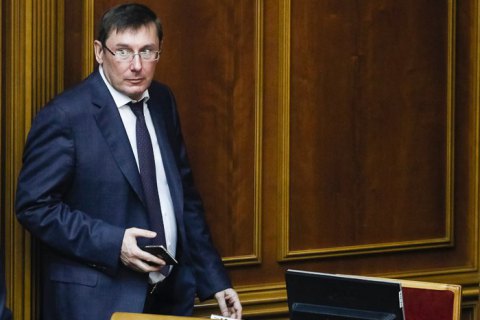 President Volodymyr Zelenskyy will not ask parliament to dismiss Prosecutor-General Yuriy Lutsenko because he believes that this convocation is unlikely to support this decision, the leader of the Servant of the People party, Dmytro Razumkov, has said on the air of 112 Ukraine TV.

Razumkov explained that parliament had refused to support the president’s legislative initiatives, therefore, personnel appointments would not be discussed either.

"Looking at how Rada voted on other presidential motions, we understand it perfectly well what will happen next… I do not think it would be right to make additional shows concerning the resignation," Razumkov said.

Earlier, the Zelenskyy team repeatedly said that Prosecutor-General Yuriy Lutsenko should leave his post. Lutsenko said that he saw no reason to resign. However, he will leave if parliament expresses lack of confidence in him.