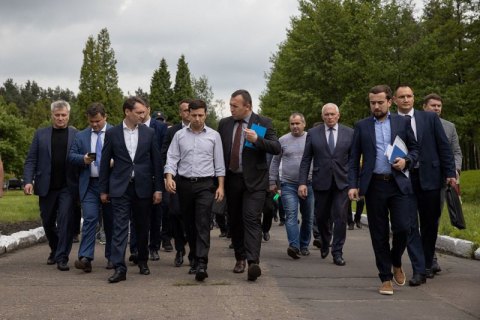 The National Security and Defence Council will hold a meeting on the problems of the coal industry, President Volodymyr Zelenskyy has said at abriefing in Lviv Region.

"There was a big tragedy - we lost two people. Today we also heard about problems with the working conditions of miners, safety conditions. We understand that this is a very difficult question. Therefore, I convene [a meeting of] the National Security and Defence Council,” the head of state said after visiting the Lisova mine in Lviv Region where two miners got killed by a rock slide today.

The meeting will tentatively be held on 31 May.

The president also said that the families of the killed miners would receive support from the state.

Zelenskyy also noted that he would personally help these families settle their housing problems.