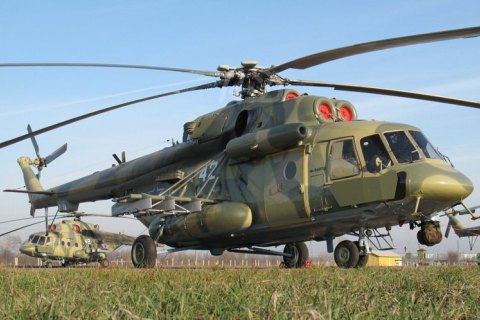 A military helicopter Mi-8 crashed near the village of Sestryatyn, Rivne Region on the evening of 29 May. Four crew members died, the press service of the Ukrainian Armed Forces' General Staff has reported on Facebook.

"As a result of an air crash, according to preliminary reports, four crew members were killed, including the commander of the 16th detached brigade of the army aviation of the Ukrainian Armed Forces' Ground Troops (Brody, Lviv Region)," it said.

Signal from the helicopter was lost at 11.27 p.m. Kyiv time on 29 May as it was making a training flight.

An investigative group is working in the area.

President Volodymyr Zelenskyy ordered Armed Forces Commander Gen Ruslan Khomchak to personally oversee the investigation. He also expressed his condolences to the near and dear of the killed servicemen.