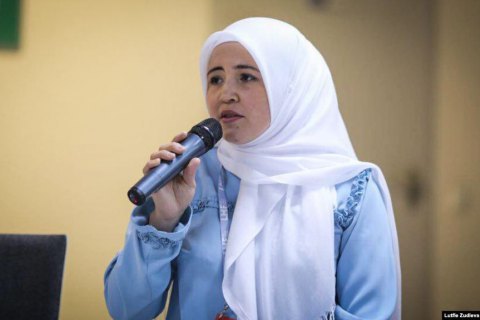 "Lyutfiye Zudiyeva has been detained at a market in Dzhankoy. Police employees blocked Zudiyeva's car and asked her to go with them to a police station in Simferopol to draw up an administrative offence report and a report about her detention. She is being taken to a police station in Simferopol. They suspect her of a crime under Article 20.3 of the Administrative Code of the Russian Federation on display of extremist symbols," her husband said.

According to later reports, Zudiyeva was taken to a police station in Simferopol. Lawyers also entered the station.