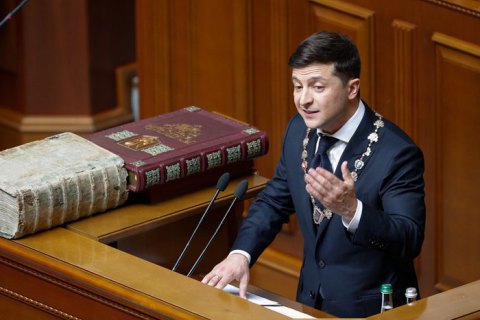 President Volodymyr Zelenskyy has asked parliament to dismiss Defence Minister Stepan Poltorak, Foreign Minister Pavlo Klimkin and the head of the Security Service of Ukraine (SBU), Vasyl Hrytsak, according to his press service.

His motions Nos 10344-10346 were registered with parliament. They say that the president is acting on the basis of the constitution and laws of Ukraine. He insists that parliament should consider these issues immediately.

The presidential administration is also preparing a motion to dismiss Prosecutor-General Yuriy Lutsenko.

In Ukraine, the foreign and defence ministers as well as the SBU chief are nominated by the president, their appointment is subject to parliament's approval.