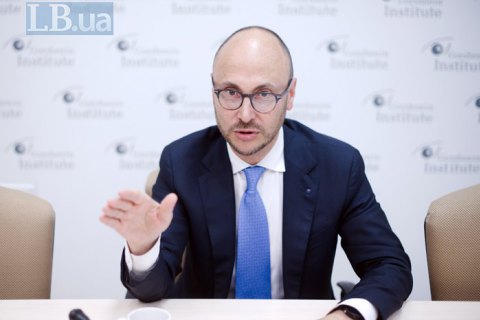 The "People are Important" movement of Kyiv councilor Serhiy Husovskyy and Deputy Minister for Economic Development and Trade Maksym Nefyodov will not register as a party. It is in talks with other political forces about joining forces ahead of the parliamentary election, its press service has told LB.ua.

"Participants in the "People are Important" movement held a closed meeting on 25 May, at which they supported the decision to take part in the early parliamentary election. The format of participation is now being discussed and political consultations are continuing. A constituent assembly is not on the agenda while participants in the movement are confident about long-term activities and the importance of introducing right-wing liberal ideas," the press service said.

The movement planned to hold a constituent assembly on 25 May to create a political party, but this was not done.