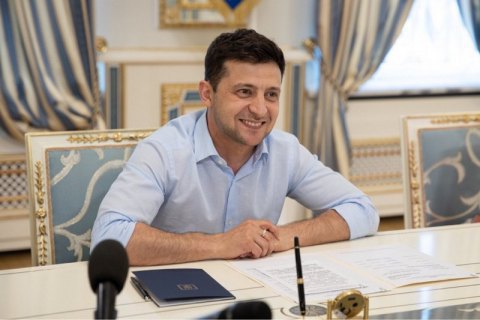 President Volodymyr Zelenskyy has dismissed Valeriy Heletey as head of the State Guard Directorate and replaced him with Army Col Oleksiy Otserklevych.

According to the presidential press service, He received good recommendations from officers, veterans, volunteers and journalists.

"Oleksiy "Kupol" Otserklevych became well-known for his military ingenuity, which enabled the rotation of our military and volunteers at Donetsk airport without a single shot - right before the eyes of the chieftain of Russian mercenaries, Motorola. Official representatives of the General Staff of the Armed Forces reported about this at that time. Oleksiy Otserklevych was awarded the Order of Bogdan Khmelnytskyy of the 3rd degree for his personal courage, dedication and high professionalism," it said.

"I believe that it is time for such officers as Oleksiy Otserklevych, as well as professional sergeants and common servicemen who voluntarily joined the army in 2014 and who were then squeezed by the army ranks by bureaucracy, to be promoted and returned to active service. I am convinced that Otserklevych will cope adequately with his new difficult responsibilities. After all, he will definitely have a hard time with me. I intend to go to the people as often as I can. Despite the risks that State Guard Directorate employees will associate with this," Zelenskyy said.