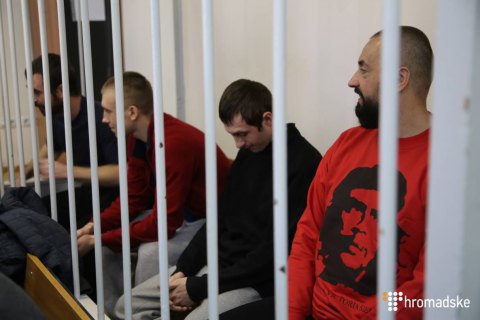 On 27 May, the Moscow city court rejected appeals by the imprisoned Ukrainian sailors, whom Russia captured off the Kerch Strait in November 2018, lawyer Mykola Polozov has said on Facebook.

"The resolutions of the Lefortovo district court, which extended the sailors' custody until the end of July, have been left unchanged and the defence appeals have not been upheld. At present, the Moscow city court rejected appeals in relation of 24 Ukrainian sailors-prisoners of war," he said.

He recalled that Russia has to report back to the International Tribunal for the Law of the Sea, which ordered it to release the sailors, by 25 June 2019.