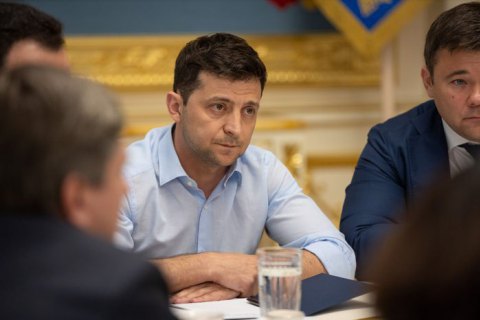 Ukrainian President Volodymyr Zelenskyy has suggested that by honouring the order of the International Tribunal for the Law of the Sea (ITLOS) to release the detained Ukrainian sailors and ships, Russia could signal its readiness to end the "conflict" with Ukraine.

"By carrying out the UN tribunal's order to release the captured Ukrainian sailors and vessels the Russian leadership could send the first signal of their true readiness to end the conflict with Ukraine," he said on Facebook.

In his opinion, Russia could thus make a step towards "unblocking the talks and solving the problems it created in a civilized way".

"Let's see which path they will choose in the Kremlin. But we are really waiting for our guys to come home!" the president added.

On 25 May, the International Tribunal for the Law of the Sea (ITLOS) obliged Russia to immediately release 24 Ukrainian sailors and three Ukrainian vessels captured near the Kerch Strait in November 2018.