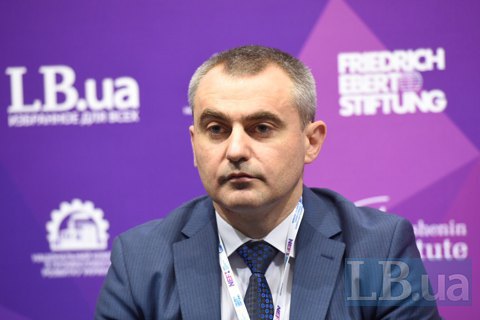 A deputy chief of the Security Service of Ukraine (SBU), Viktor Kononenko, has told Ukrainian News that he has resigned.

"I have tendered a [resignation] letter. Waiting for the decree," he said.

The president has not issued a decree on his dismissal yet.

In July 2017, President Petro Poroshenko dismissed Mykhaylo Hluhovskyy as deputy chief of the SBU and replaced him with Kononenko, who used to head the department for the protection of national statehood.

On 22 May, President Volodymyr Zelenskyy has appointed his long-time friend and media business partner, Ivan Bakanov, as first deputy head of the SBU. He will also head the main department for fighting corruption and organized crime at the SBU central office.

As of 3 June, Bakanov will be the acting chief of the SBU because Vasyl Hrytsak will be on vacation.