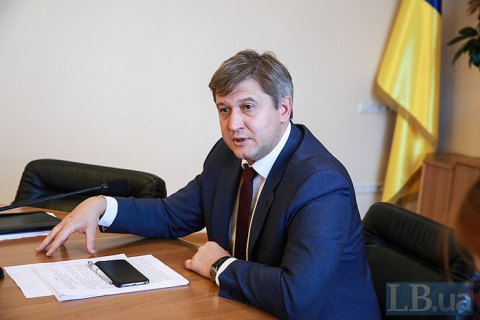 The secretary of the National Security and Defence Council, Oleksandr Danylyuk, has said that most participants in the meeting on the energy sector at the presidential administration have spoken in favour of delaying a new model of the energy market.

"The majority of participants in the meeting concluded that the entry into force of the law should be delayed. The question is by how much – three months, nine months or a year," he told journalists outside the presidential administration on 31 May.

In his words, the main reasons for the delay are the unprepared system of payments and an expected price hike.

"But there was also an opinion that we should be getting ready that it will come into effect. Parliament's capacity to consider amendments to this law, which would delay it, will play an important role here. Will parliament treat this law as a priority one, will there be enough votes? This is an open issue. The final position will be up to the Cabinet of Ministers to form," he said.

He added that one of the first meetings of the NSDC will focus on the energy sector.