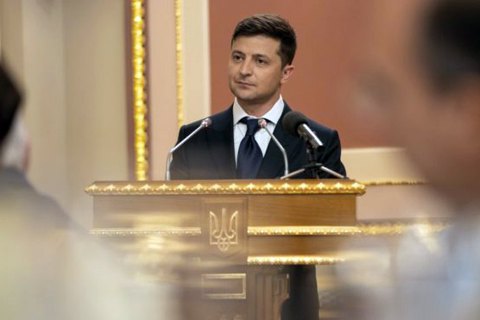 Ukrainian President Volodymyr Zelenskyy has received an invitation from US President Donald Trump to pay an official visit to Washington.

"Ukrainian President Volodymyr Zelenskyy is thankful to US President Donald Trump for the invitation to pay an official visit to Washington," the Ukrainian presidential administration has said.

"The head of state would like to stress that the draft of The Support for the Sovereignty, Integrity, Democracy, and Economic Stability of Ukraine Act, which was presented in the House of Representatives of the US Congress, is an important message of strong strategic partnership between the two countries," the presidential administration said.

According to the Dzerkalo Tyzhnya weekly, Zelenskyy received the invitation on 31 May. The visit may take place after Trump meets Russian President Vladimir Putin.

There will be a "substantive discussion on a settlement of the Donbas conflict" and "real business projects", the paper said.

Trump plans to meet Putin at the G20 summit in Japan in June.