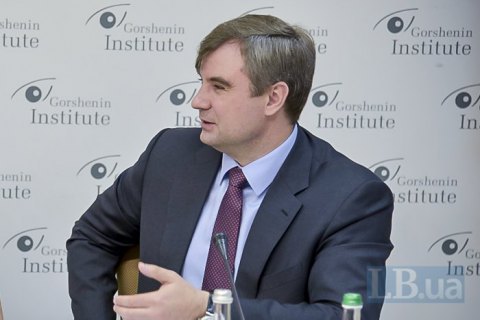 Almost 84% of parents in Ukraine consider believe the course of coding should be added to school curriculum as a separate subject, according to the findings of the survey carried out by Gorshenin Institute together with the EVEREST group of companies, the vice-president of the Institute, Viktor Sokolov, has said.

The survey, which was held in April-May 2019, looked at the prospects of early coding in Ukrainian schools. The pollsters interviewed Ukrainians who have children of school age.

"83.8% of respondents said that coding should be embedded into school curriculum. That is, it should be introduced as a separate subject apart from ICT. Asked "Should the subject of coding be introduced in primary school", 69.1% answered in the affirmative," Sokolov said.

Some 88.8% of parents expect programmers or coders to be in demand in 5-10 years.

Some 84% of respondents are confident that the basics of coding will be a necessary skill for various jobs, not just programming.

At the same time, 69.9% of parents are concerned that children's health may be affected if coding is introduced as a subject. Some 52% of respondents consider coding to be an overly difficult subject.

Some 57% of respondents believe the earlier children start to learn coding the better. Some 35% of parents are confident the subject is as good for boys as it is for girls.

A statement that coding will make children competitive in their future professional career found support among 79.8% of respondents.

A total of 1,000 respondents were interviewed in all regions of Ukraine (excluding the temporarily occupied territories of the Autonomous Republic of Crimea, Sevastopol, certain districts of Donetsk and Luhansk regions). The margin of error does not exceed +/- 3.1%.