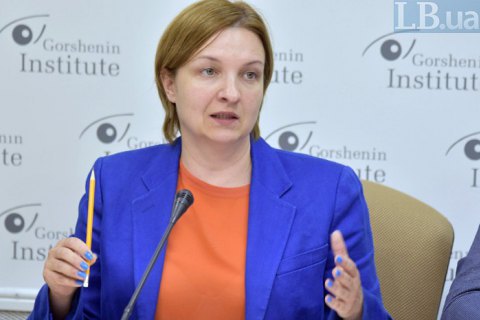 Early coding in schools should be aimed at generating interest in this area,not at learning a programming language. Iryna Vovk, general manager at Dell Technologies in Ukraine and wCIS (Western CIS), has expressed this opinion at a roundtable at Gorshenin Institute.

"It is important to teach coding in a correct form - playful, comprehensible and exciting. The main goal of coding in primary school is not to learn a programming language, but to evoke interest. It should be a methodology that will allow children to understand how their game works, they need to want to make such a game on their own," Vovk said.

According to her, the statement that coding is difficult is a myth.

"The myth that it is difficult, in my opinion, is generated by the fact that computer science lessons use outdated methods. It [the course] starts late and with learning a language at once. There is no initial impulse to capture children. That is, the goal is to first persuade children that coding is interesting," she said.

She also noted that the IT sector in Ukraine is short of professional staff.

"Representing a global IT company, one of the largest companies in this field, I can say that today we are talking about coding and IT as an element of literacy, an element that is everywhere. There is not a single company or government agency which does not use ІТ," she added.