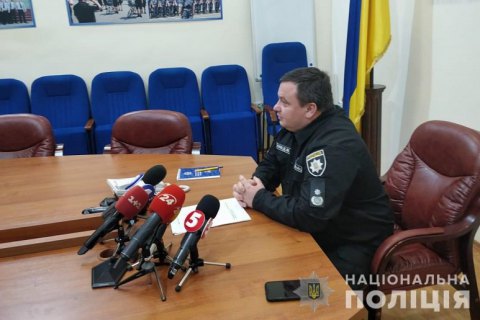 The head of the main directorate of the National Police in Kyiv Region, Dmytro Tsenov, has tendered his resignation letter.

National Police chief Serhiy Knyazev broke the news at a briefing on the murder of a five-year-old boy, Kyrylo Tlyavov, by supposedly drunk police officers.

Knyazev read out Tsenov's resignation letter, in which the latter says he wants to be sent to the combat area in Donbas.

Earlier, the Interior Ministry said that senior police officers in Pereyaslav-Khmelnytskyy, where the incident happened, were suspended.

Five-year old Kyrylo died in a Kiev hospital from a gunshot wound to the head on 3 June.

The boy was in a grave condition after he was wounded outside his house on 1 June. The two policemen suspected of the crime were detained.