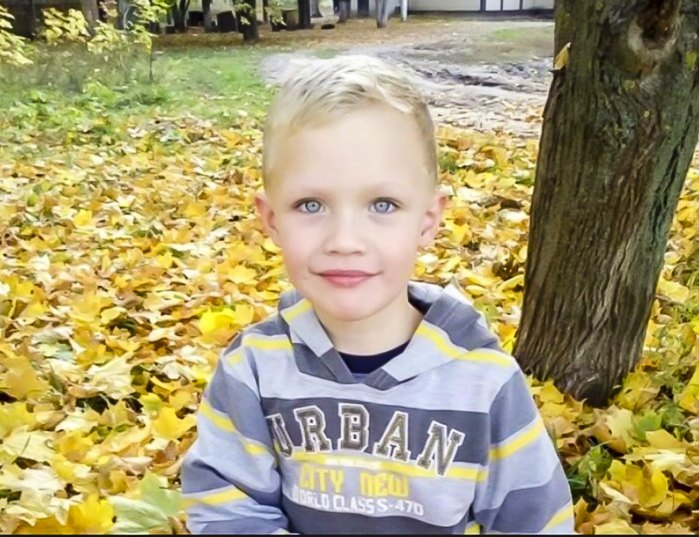 Five-year-old Kyrylo Tlyavov went out for a walk in the street near his home on 31 May. According to the State Bureau of Investigation, at about 4 p.m. the same day, the family brought the boy to the intensive care unit of the central district hospital in Pereyaslav-Khmelnytskyy. Kyrylo had a craniocerebral injury, concussion and intracerebral hematoma, his temporal bone was fractured. At the time, police officers said that Kyrylo slipped and fell on the asphalt pavement and stone, and thus got injured.

The version of the police was not confirmed by doctors who found a gunshot wound in Kyrylo's head.

"The cranium is completely smashed. The bullet ricocheted, hit the entire cranium and got stuck in the brain. It cannot be extracted and will probably stay there. They did a trepanation, removed all these bones and completely cleared out everything," the boy's grandmother, Oleksandra Tlyavova, told Hromadske.

On 1 June, the boy was transferred to the Kyiv city centre for paediatric neurosurgery, where he immediately underwent a surgery. It proved impossible to get a bullet from his head. During the briefing on 3 June, head doctor Oleksandr Honcharuk said that the boy was in a grave condition. 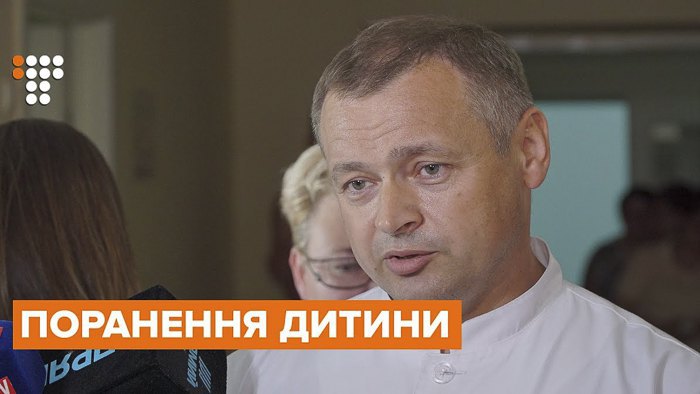 "The child is on controlled ventilation," Honcharuk said. "The injury is severe, the left cerebral hemisphere is mostly damaged. It is inappropriate and unreasonable to make any predictions."

After physicians at the Pereyaslav-Khmelnytskyy central district hospital found a bullet in Kyrylo's head, police checked the area of the incident once again and found cartridges from Flobert bullets, cups and tins. The spokesperson for the State Investigation Bureau, Anzhelika Ivanova, told the BBC that two police officers decided to have fun by shooting at tins in one of the backyards in a residential area. Their names were not disclosed.

"The men were chilling out and drinking alcohol," she said. "They decided to shoot with firearms at tins and other objects which they set up as targets in front of a site where there could be other people. As they were shooting, at about 3.30 p.m., the policemen hit the child. The kind of weapon they used has not been identified yet."

"The head of our district [police] department visited us at emergency care and said that they had admitted guilt, but they were so drunk that they do not know who did it," the boy's grandmother told Hromadske. "They were drunk out of their mind. They were just having fun."

A spokesman for the National Police in Kyiv Region, Mykola Zhukovych, told Insider that the policemen were hiding: "We found these people because they were hiding. We detained and transferred them to the district station, after which we conducted urgent investigative actions, namely searches. It was the State Investigation Bureau which interrogated them at the district police station."

On Saturday, 1 June, the head of the National Police, Serhiy Knyazyev, said on Facebook that the policemen were off duty and did not have their police firearms. He said they were detained:

"They are currently at the police station, where priority investigative actions are beng carried out. Subsequently, all collected evidence and testimonies will be handed over to the State Investigation Bureau. In the meantime, we are in constant contact with the parents. Police will provide them with all possible support." 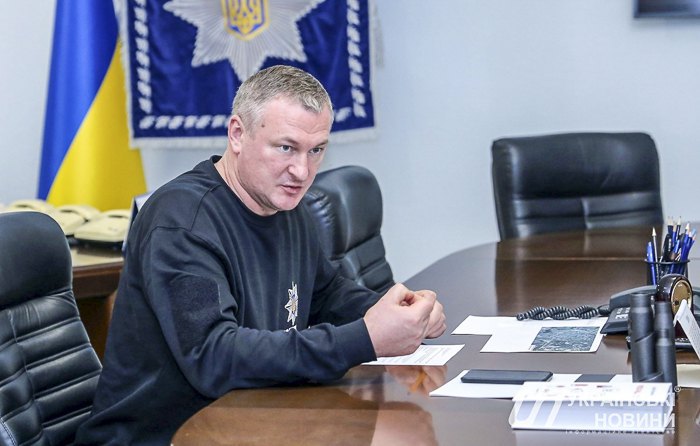 
On the same day, the State Investigation Bureau said that preparations are underway to detain and charge the policemen under Article 208 of the Criminal Procedural Code of Ukraine, a deliberate assassination attempt on a young child. A measure of pre-trial detention was to be selected. However, as soon as on 2 June, State Investigation Bureau investigators issued the policemen with notices of suspicion under Article 28 Part 2, Article 128 of the Criminal Code of Ukraine (careless, serious bodily injury committed as a result of a preliminary collusion by a group of persons), which is punishable with public works for a period of 150 to 240 hours or correctional work for a term up to two years, or imprisonment for a term up to two years.

On 3 June, the Kyiv regional prosecutor's office softened the charges for the suspected plicemen after conducting the investigative actions and establishing new circumstances. The speaker for the Prosecutor-General's Office, Andriy Lysenko, shared some details on Facebook.

"The decision was made to add to the existing qualification of the crime they have committed Article 299 Part 4 of the Criminal Code of Ukraine, namely hooliganism committed by a group of persons using firearms which were prepared in advance to cause bodily injuries," he said.

At the same time, the State Investigation Bureau said that investigators had asked the Holosiyivskyy district court to take the detainees into custody without bail. The case was to be heard on the evening of 3 June. However, the press service of the court said that the case files were filed 22 minutes late, that is at 5.22 p.m., and therefore the hearing was postponed until 9 a.m. on 4 June.

However, after about two and a half hours, it was reported that Kyrylo Tlyavov died. 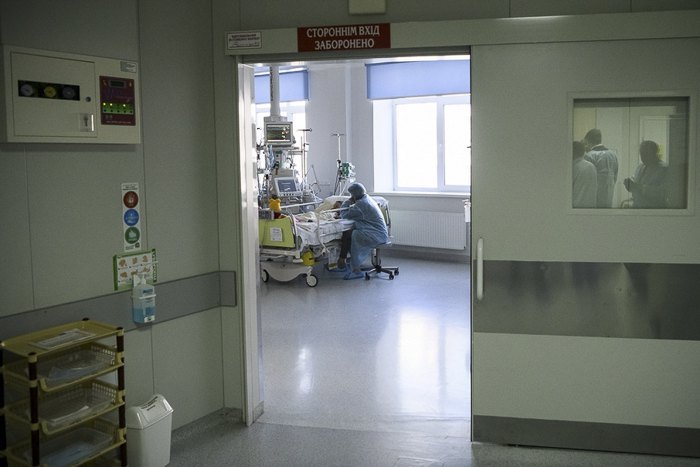 Several hours after Kyrylo's death, Prosecutor-General Yuriy Lutsenko said on his Facebook page that the suspected policemen would face new charges under Article 115 Part 2 of the Criminal Code of Ukraine (deliberate murder) at the Holosiyivskyy district court.

Later, the press service of the Interior Ministry said that the police command in Pereyaslav-Khmelnytskyy, Kyiv Region was suspended.

"The issue of these heads' further police service is being discussed. The leadership of the Interior Ministry and the National Police of Ukraine expresses condolences to the family of 5-year-old Kyrylo over his death and pledges to facilitate the investigation of the tragedy as much as possible," the statement reads.

At a briefing under the Interior Ministry in Kyiv, Serhiy Knyazyev also said that Dmytro Tsenov, the chief of the National Police in Kyiv Region, had tendered his resignation.

Interior Minister Arsen Avakov has not reacted to the incident.

"Of course, they will be jailed. We will not allow them to come out either on bail or be acquitted at all. There is no such acquittal," the boy's grandmother said. 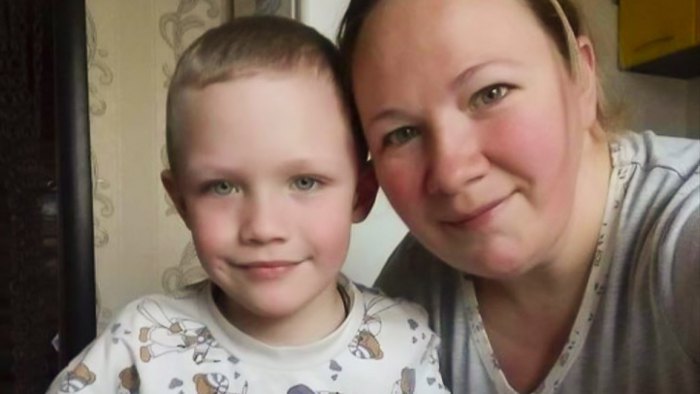 On 4 June, the Holosiyivskyy district court put patrol policeman Ivan Prykhodko into custody for two months as a measure of pre-trial restraint. Prykhodko is suspected of making the deadly shot.

The second suspect is patrol policeman Volodymyr Petrovets. He denies shooting but may have been involved in hiding the weapon. After the detention, he refused to undergo an alcohol test.

He was also arrested for 60 days.