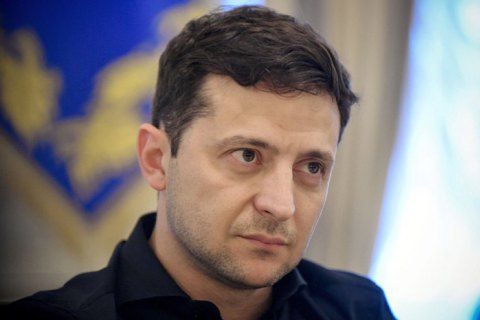 President Volodymyr Zelenskyy has said that rumours about Ukraine's default in Ukraine to be deliberate actions that do not match his official position.

He said this during a meeting with the vice-president of the European Commission, Valdis Dombrovskis.

“As for a default, these are rumours. These are deliberate actions that have nothing to do with my official position,” the presidential administration quoted him as saying on Twitter.

In an interview with The Financial Times, oligarch Ihor Kolomoyskyy suggested that Ukraine should default on its debt.

Earlier, Zelenskyy, who is visiting Brussels on 4-5 June for meetings with the leadership of the European Union and NATO, promised to protect the interests of the state, not those of Kolomoyskyy, in the case of PrivatBank whose nationalisation the oligarch has been contesting in court.