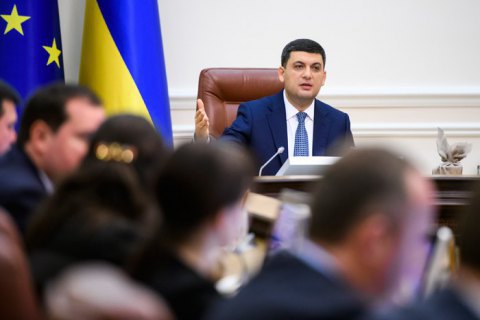 The Cabinet of Ministers has approved the president's draft decrees on the dismissal of a number of regional state administrations, Prime Minister Volodymyr Groysman has said at a government meeting, according to Ukrainian News.

The cabinet will refer them back to the president today, he added.

"We expect the presidential administration together with the Cabinet of Ministers to develop mechanisms for the selection of new applications for these posts," he said.

"There must be locally responsible managers in the regions," he added.

Interfax-Ukraine published the list of regional state administration heads whose dismissal was approved:

Regional state administration heads began to resign after Volodymyr Zelenskyy was elected president. Under the Constitution of Ukraine, all of them must resign after a presidential election.