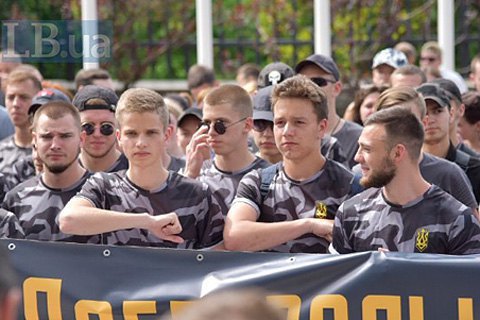 Parliament has made it easier for foreigners and people without citizenship who were involved in the defence of Ukraine's territorial integrity and inviolability of Ukraine to receive Ukrainian citizenship.

According to the bill, foreigners and people without citizenship will not be required to live in Ukraine permanently for the past five years or have a command of Ukrainian.

Foreigners can verify their participation in the defence of Ukraine's territorial integrity by seeking a certificate from the Defence Ministry, the Interior Ministry or the commander of a unit involved in the antiterrorist operation, or by obtaining a court ruling establishing this fact.

Foreigners are considered participants in the defence of the territorial integrity of Ukraine if they instructed the Armed Forces, the Interior Ministry or other lawful armed groups, did voluntary work directly in the ATO area or rendered other practical help facilitating Ukraine's defence capability.