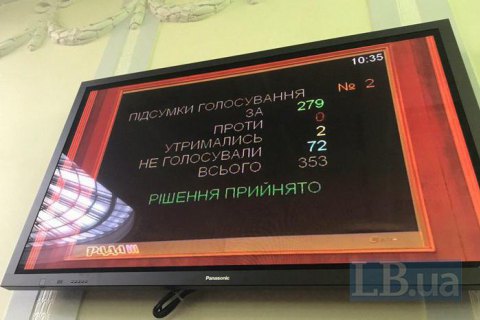 Parliament gave a second reading to and passed as a whole the bill on ad hoc investigative commissions. Before the final vote, MPs added a section about impeachment to it.

According to the bill, parliament may set up a special investigative commission under Article 111 of the Constitution of Ukraine to investigate high treason or other crime committed by the president of Ukraine.

It would require at least 300 MPs' signatures to initiate an impeachment procedure and set up such a commission.

The bill describes the functions of a special investigative commission and conditions for the appointment of a special prosecutor and his or her functions.

Conclusions of the Constitutional Court of Ukraine and the Supreme Court would be required to impeach the president.

In late May, President Volodymyr Zelenskyy sent his bill on impeachment to parliament. His representative in parliament Ruslan Stefanchuk said that impeachment should be regulated by a separate law, not the law on ad hoc investigative commissions.

The president may veto bills adopted by parliament.