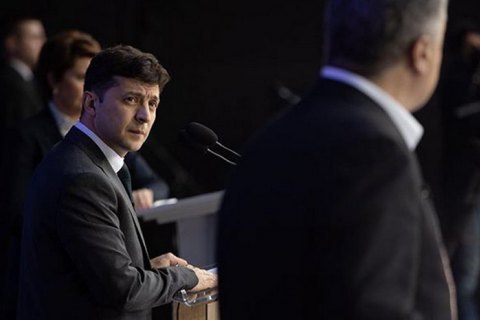 The deputy head of the presidential administration, Kyrylo Tymoshenko, has initiated an office investigation after parts of President Volodymyr Zelenskyy's speech at a joint briefing with European Council President Donald Tusk turned out to be excerpts from President Petro Poroshenko's speech at the congress of the European Solidarity party.

"We view it as an act of sabotage by certain employees of the Foreign Ministry and a deliberate act of provocation by Petro Poroshenko's team," it said.

Earlier, the former president's press secretary, Svyatoslav Tseholko, said that Zelenskyy used a whole paragraph from Poroshenko's speech at the European Solidarity congress. He also suggested the new president should hire a speechwriter.

Once Zelenskyy was sworn in as president, all the news and speeches of President Petro Poroshenko were removed from the president's official website.