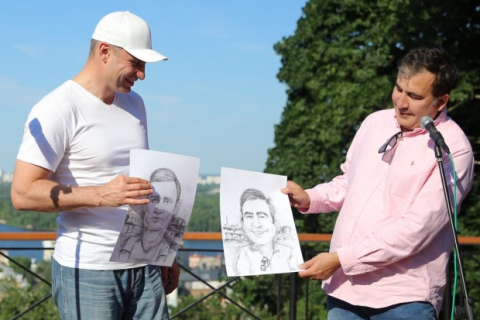 The Ukrainian Democratic Alliance for Reforms (UDAR) party is planning to run for parliament, according its leader and Kyiv mayor Vitaliy Klitschko.

He also suggested that UDAR should join forces with the Movement of New Forces, a political party of former Georgian President Mikheil Saakashvili.

"UDAR is planning to take part in the snap parliamentary election. And I am offering our partners to do it together. I remain the leader of the UDAR part. And I'm offering Mikheil Saakashvili to become the head of the party," he said in a video post on Facebook.

Klitschko added that he and his party support the policy of President Volodymyr Zelenskyy and the new authorities with regard to reforms and Ukraine's Euro-Atlantic integration.

Klitschko plans to continue as mayor of Kyiv.