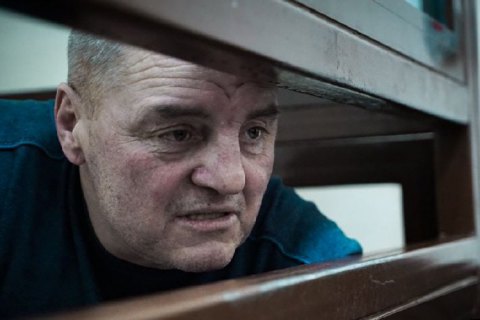 The Russia-controlled Kyivskyy district court in Simferopol has extended the arrest of ailing Crimean Tatar activist Edem Bekirov whom Russia accuses of storing ammunition and explosives, an LB.ua correspondent has reported.

Bekirov's lawyer asked the court to place him under house arrest because of his bad health. However, an investigator said there is no information in the case files that Bekirov cannot be kept in a remand centre.

"The meeting was formal. It was held for the sheer purpose of backing the investigators' resolution to extend the detention," Bekirov’s lawyer Oleksiy Ladin said. "I am making this conclusion because at the very beginning the defence filed a motion to interview witnesses, but the court dismissed it. There is a witness (from prosecution - Auth.) under the pseudonym of Memetov, who says that Bekirov committed a crime. We wanted to interview a number of relatives and acquaintances who were with Bekirov the entire time he was in Crimea. But the court did not let us. It turns out that the court unconditionally believes the arguments of the FSB investigation, and even theoretically does not allow the defence to refute these arguments. For me, it was obvious that everything would take place in a formal manner."

Ladin added that today's decision threatens the life of his client.

A 57-year-old resident of Novooleksiyivka in Ukraine's Kherson Region, Bekirov was detained by the Russian authorities as he was entering occupied Crimea through the Chonhar checkpoint on 12 December. He was planning to visit his 78-year-old mother and other relatives. He was arrested for two months the next day.

The FSB accuses him of arranging a cache with 12 kg of TNT and 200 gun cartridges to be used later in Crimea.