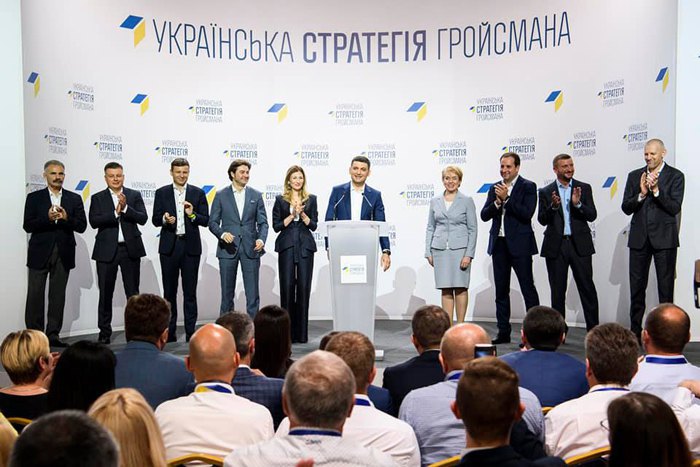 Prime Minister Volodymyr Groysman has presented the top 10 of his Ukrainian Strategy's lection list ahead of the 21 July polls.

Groysman himself tops the list and is followed by Minister of Education and Science Liliya Hrynevych, First Deputy Minister of Information Policy Emine Dzhaparova, the minister of the Cabinet of Ministers, Oleksandr Sayenko, and Minister of Culture Yevhen Nyshchuk.

Groysman was the mayor of Vinnytsya from 2006 to 2014. He became a deputy prime minister in Arseniy Yatsenyuk's government in 2014. He was elected to parliament of the eighth convocation on the list of the Petro Poroshenko Bloc and became parliament speaker. In April 2016, he was appointed the prime minister of Ukraine.