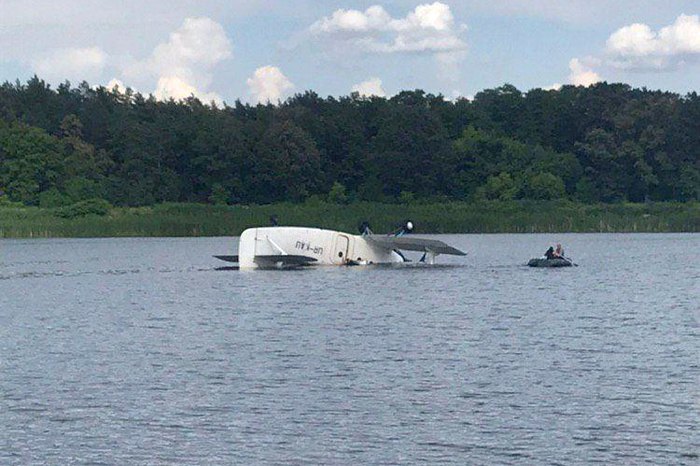 An An-2 aircraft made an emergency landing on a lake in Kyiv in the afternoon, a source in law enforcement has told LB.ua.

The incident took place in the city's Svyatoshynskyy district at 4.10 p.m. local time.

The emergency landing was caused by technical reasons.

The crew was taken ashore and provided with medical aid.

According to later reports, the plane belongs to the Chayka aviation club. There were two people onboard.