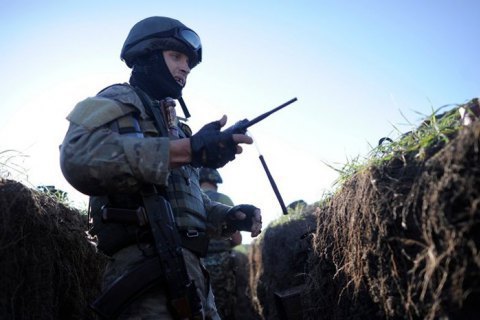 Three more Ukrainian soldiers have been brought to hospital after a recent attack by Russia-led forces on Ukrainian positions near the village of Novoluhanske in Donbas, according to the Joint Forces Operation (JFO) HQ.

"As of 4 p.m. Kyiv time, three more servicemen have been brought to hospital," it said in the afternoon update on 7 June.

"These are victims of an attack on the Joint Forces near Novoluhanske at night," it added

The enemy opened fire with banned 122-mm artillery systems and 120-mm mortars, as a result of which two Ukrainian soldiers were killed in action and another 11 were wounded in action.

The Joint Forces immediately returned fire once the source of it was identified, the HQ said.

"We emphasize that the Russian invaders' fire will not remain unpunished. JFO forces and weapons are on full alert," it said.

Since Friday midnight, Russia-led forces have mounted 12 attacks on Ukrainian positions in Donbas.