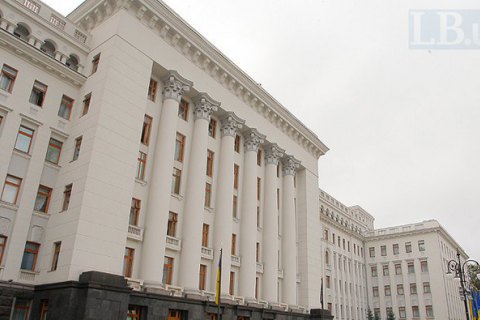 The Cabinet of Ministers has delayed transferring 7.6bn hryvnyas from the regional development fund and 2.5bn hryvnyas in subventions for social and economic development to cities, Ekonomichna Pravda has reported, quoting representatives of the local authorities and the presidential office.

The presidential office said that the financing was blocked due to corruption risks.

"During the change of power, there were many cases when people involved in state administration under the previous authorities made efforts to create projects with inefficient use of budget funds, where there are risks of individuals embezzling resources or other corruption risks," the presidential office said.

The press service of the presidential office said that "representatives of the old authorities, ending their tenure and, realizing that they cannot agree corruption schemes with the new authorities, are trying to create all conditions for the embezzlement of budget financing".

The temporary suspension of the financing is aimed at checking the effectiveness of the use of budget funds planned for infrastructure projects, the presidential office said.

The Opora civic network estimated that in 2018 the largest amount of subventions for socio-economic development of territories, also known as "MP" subventions, was received by constituency No 204 in the Chernivtsi Region, from which the chairman of the People's Front faction, Maksym Burbak, was elected to parliament.

It is followed by constituency No 94 in Kyiv Region, where a deputy chairman of the Petro Poroshenko Bloc faction, Ihor Kononenko, was running for parliament.

Most subventions, both in terms of quantity and amount, were allocated to constituencies where Petro Poroshenko Bloc MPs won elections.