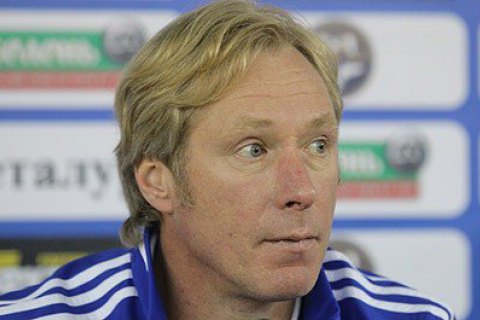 Oleksiy Mykhaylychenko, sports director of Dynamo Kyiv FC, has been appointed its head coach, according to the club's website.

His team of assistants will include Vadym Yevtushenko, other names are to be released later.

On 16 August, the team will hold its first training with Mykhaylychenko.

He already headed the club in 2002-2004. Under his command, the club won Ukraine's Championship twice, the Cup and the Super Cup twice.

On 14 August, Dynamo Kyiv FC has announced that it stopped cooperation with Oleksandr Khatskevych and his assistant coaches.

For the first time in its history, the team has failed to make it to the Champions League play-offs for three years in a row.