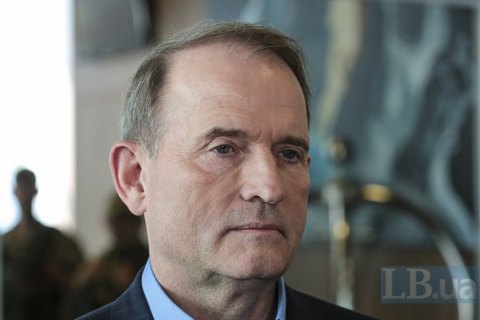 The secretary of the National Security and Defence Council of Ukraine, Oleksandr Danylyuk, has called the election to parliament of the pro-Russian leader of the Opposition Platform-For Life party and Russian President Putin's friend, Viktor Medvedchuk, a threat to the country.

"It is clear that Medvedchuk has a clear pro-Kremlin orientation, and yes, he will be able to use parliament’s platform to not just sit there. Is this a threat? Yes, this is a threat. But in the end he is elected as a deputy, Ukraine is a democracy, therefore we must be able to work with such challenges in parliament. And not only in parliament," Danylyuk said in an interview with BBC Ukrainian.

He said that he did not know about Medvedchuk’s plans for a peace settlement in Donbas. He added he has "certain concerns that this plan is not in the interests of Ukraine".

Medvedchuk's party had the second best result in the 21 July parliamentary election and may claim 37 seats in parliament.