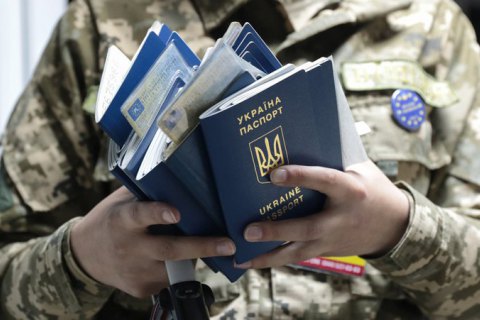 President Volodymyr Zelenskyy has signed a decree to relax the regulations on granting Ukrainian citizenship to Russian nationals who got persecuted over their political beliefs at home.

Zelenskyy's decree published on his website amends the procedure for applying for and granting citizenship.

It says that political refugees from Russia, who are applying for Ukrainian citizenship, must submit a declaration on the renunciation of Russian citizenship (instead of an obligation to terminate it) and a document confirming their political persecution. This must be a confirmation issued by the Ukrainian Foreign Ministry, an embassy or consular office.

The decree also simplifies citizenship rules for foreigners who took part in the antiterrorist operation or the Joint Forces Operation in Donbas.

It also instructs the Cabinet of Ministers to develop and refer to parliament a bill aimed at simplifying citizenship regulations for Russians subjected to political persecution, as we as a bill on asylum.

On 24 April, Russian President Vladimir Putin signed a decree to simplify Russian citizenship regulations for residents of the self-proclaimed separatist Donetsk and Luhansk people's republics. On 1 May, he issued another decree making it easier for Ukrainians who lived in Crimea and Donbas before spring 2014 to obtain Russian citizenship. On 17 July, he extended the relaxed procedures to the whole territory of Donbas.

In 2018, Russia granted its citizenship to 83,000 Ukrainians. Only 126 Russians were granted Ukrainian citizenship.